I remember when I first started college out of high school and my dad said that he would pay for my education, room, and board.  Did I appreciate it since it was handed to me rather than having to work for it myself?

I did not, but this is only my opinion based on my real life experiences.

Later, I dropped out and wanted to go to modeling school instead; he refused to pay.  I was devastated, but I worked really hard at a bakery, saving every penny I earned.  By the end of the summer, I had saved enough money and paid my own way through modeling school.  Did I appreciate this more than when it was handed to me?  Yes, I believe in my situation I did.  I graduated from the program, and worked some as a model.

To make my point…… It seems to be that when things are handed to us, it is easier to put the fight off until a more “convenient” time.  However, when push comes to shove and we are fighting for our very survival and what is rightfully ours, then our instincts tend to come out with our claws and we fight harder for what we want to keep.

Sometimes we have to get dirty and it isn’t always perfect, but is it worth the fight?  It is if you believe in it. 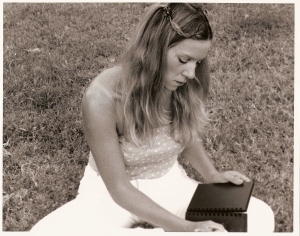